admin
More than six years ago, a team of luxury intelligence specialists, designers, engineers and craftspeople assembled to begin development of the new Rolls-Royce Ghost. As with the first Goodwood Ghost, launched in 2009, this collective would work obsessively to ensure that New Ghost would hold its own place in the Rolls-Royce portfolio and represent a unique set of client values.

Since the introduction of Ghost, which became the most successful Rolls-Royce in history, the marque’s unique proximity to its clients afforded the team access to a large body of information. It revealed the divergent interests, opinions and changing taste patterns within Ghost clients’ appreciation of luxury. This primary research allowed them to create a product focussed on the requirements of these remarkable men and women. These insights informed the designers, engineers and craftspeople at Rolls-Royce as they moved into the development phase of the highly progressive new Ghost.

As with all primary research conducted by the marque’s specialists, these experts were asked to present their findings. In this short film, Rolls-Royce shares some of these insights to demonstrate the underlying substance of the highly progressive new Ghost ahead of its official unveiling in autumn this year.

The marque elected to use the increasingly popular medium of animated illustrations to convey these insights. Renowned illustrator, Charlie Davis, was chosen to cohesively and beautifully represent these findings in a fashion that befits the highly progressive new Ghost. 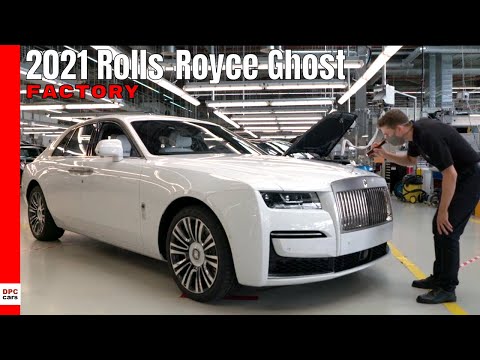 More than six years ago, a team of luxury intelligence specialists, designers, engineers and craftspeople assembled to begin development of the new Ro...